You may have read an article recently shared around the web called, “Why Courtship is Fundamentally Flawed.” It’s written by Thomas Umstattd, and you can read it by clicking “here” if you haven’t already done so.

This isn’t an angry reply, nor is it a triumphant cheer in response to what Thomas wrote. I just wanted to give you guys some of my current thoughts on this rather large issue, because my ideas about dating and romance have changed over the years since I wrote “Love Unawakened,” and I think we’re all missing the point a bit.

I really like a lot of what Thomas said, but I definitely don’t agree with everything. His identification of the problem, however, is very helpful and should be restated. He says the problem with “courtship” is the exclusivity, intensity, and commitment that it places on the relationship, as well as the legalism that commonly comes with it.

I agree. The intensity of most romantic relationships nowadays (whether you call it courting or dating) is what breaks so many hearts. Once two people reveal their attraction to one another, they are expected to be “boyfriend and girlfriend” until they either break up or get married (I’ve found that the latter rarely happens in these relationships). In this situation they would never even think of finding interest in another person or considering their options, because they’re so enraptured with their current significant other. This leads them to the dangerous temptations the Bible warns us of.

“For this is the will of God, your sanctification: that you abstain from sexual immorality; that each one of you know how to control his own body in holiness and honor, not in the passion of lust like the Gentiles who do not know God” – 1 Thessalonians 3:4-5

“But if they cannot exercise self-control, they should marry. For it is better to marry than to burn with passion.” – 1 Corinthians 7:9

God did not make us for long-term relationships. He made us for life-long marriages. We spend far too much time in today’s world pretending to be married instead of getting on with it. We fear that if we marry, we won’t have any fun anymore. And if we realize we wouldn’t want to spend the rest of our life with someone, we hold on to their affections for as long as we can until the big “break-up.” Why do we put ourselves through so much torture?

And then there’s the absurd rules and obsessive parents that people associate with courting. While this may be true in some cases, I do not think that every courting couple has overbearing parents and insane regulations on their interaction. There are many different methods of courting, and some seem to work better than others. One thing I know for certain, however, is that legalism, which focuses on actions and not on the heart, is never the answer. That much is clear. Those who focus on following rules instead of following God will undoubtedly experience pain and disappointment in life.

Wouldn’t it be great if we could just figure out who we should marry without all the drama, temptation, legalism, and heartbreak? Thomas says the solution is to go back to the way his grandparents dated.

He describes what he calls, “Traditional Dating” as dating with a more fun, friendly tone, and less of a serious, exclusive tone. I do think that this would help somewhat, but only if it existed in a tangible form today.

If you tried to date like that now, you would run into all kinds of confusion. Almost nobody is going to think of a date as a casual, “let’s-get-to-know-each-other” type of deal. When you use the term, “date” or even entertain the thought of going out for dinner, people immediately assume that you’re serious about it. They assume that you’ve claimed that person, and that if the first date goes well, then you’re officially a “couple” and can start participating in all the nonsense that goes with that label.

If you can find people who still consider dating to be a fun, lighthearted way to get to know a person, that’s great. But I still don’t think that “Traditional Dating” is the end-all solution to this vast problem.

Contrary to popular belief, you can actually get to know a person outside of a “dating” (or courting) relationship or interaction. I do not believe it is necessary to remove the safeguards of a platonic relationship in order to consider someone’s qualities as a marriage partner.

Girls, this one is for you. I would never recommend dating a boy who hasn’t already made an effort to get to know you as a friend. Most likely, he’s not interested in you as a person; he’s simply interested in dating someone, and you just look physically attractive to him. If all he wants is the romantic part of a relationship and he isn’t willing to be a friend to you, then he’s not worth it.

Even if we attempt to adopt a more “traditional” method of dating as a culture, I do not think we should be dating for the sake of dating. Dating should be considered at least a little more serious than not dating, so why should we jump straight for it instead of trying out some good old fashioned normal conversations first? And for those of you who feel bad for the introverts, I’ve gotten to know some especially introverted people at social gatherings to the point where I had a good idea of what kind of a person they were, what they enjoyed, and what their personality was like.

I’m a firm believer in the practicality of platonic interactions with the opposite sex. You aren’t tempted to try to impress them as much, they aren’t exclusively yours, and therefore you get to see a more honest side of them that you wouldn’t see as much if they were emotionally invested in you, hanging on your every word and movement.

This does not mean that I don’t think there’s a place for dating or courting. No matter what you call it, I think one-on-one time spent with someone you might marry can be beneficial when done with the right motives and when both people are truly committed to the Lord.

The Hard (But Freeing) Truth

The truth is, we can talk, argue, and debate all day and night about this issue of how to find a future spouse. But I’ve come to realize that there’s no “right” way to do it. There’s no rule that will solve everything. There’s no method that always works or always fails.

Neither dating nor courting is flawed. It is we who are flawed, and if we keep focusing on details instead of on glorifying Christ, we’ll never truly succeed in this difficult aspect of life. God is the point of marriage. As enchanting as it is, marriage isn’t an end in itself.

“Therefore a man shall leave his father and mother and hold fast to his wife, and the two shall become one flesh. This mystery is profound, and I am saying that it refers to Christ and the church.” – Ephesians 5:31-32

Marriage is meant to glorify God through the picture it paints of Christ loving His church. God is sovereign, and works everything out for our good (Romans 8:28). So why do we spend so much time arguing over definitions and methods? All it takes is two people who genuinely cherish Christ for marriage to work out just as God wants it to. It doesn’t matter if they call it “dating,” “courting,” or “spending time together.” As long as they are actively seeking to honor their King above all else, everything will fall into place. They’ll use the rules and methods that keep them from temptation. They’ll talk and show affection in a joyful, pure way.

Marriage is a profound mystery, yes. Paul acknowledges that. But let’s stop trying to solve the mystery and instead focus all our energy on loving our Savior with all our heart. If our joy in life comes from obeying, loving, and serving God, we have nothing to fear when we are faced with this life-changing decision of who to marry. God will guide us through every step. He will be our ultimate satisfaction in life, and that’s all that really matters. It is only when we are secure in Christ that we can be truly free to love someone else with the kind of self-sacrificing love that marriage demands. So let’s get to it. How much time today have you invested in your relationship with your God? 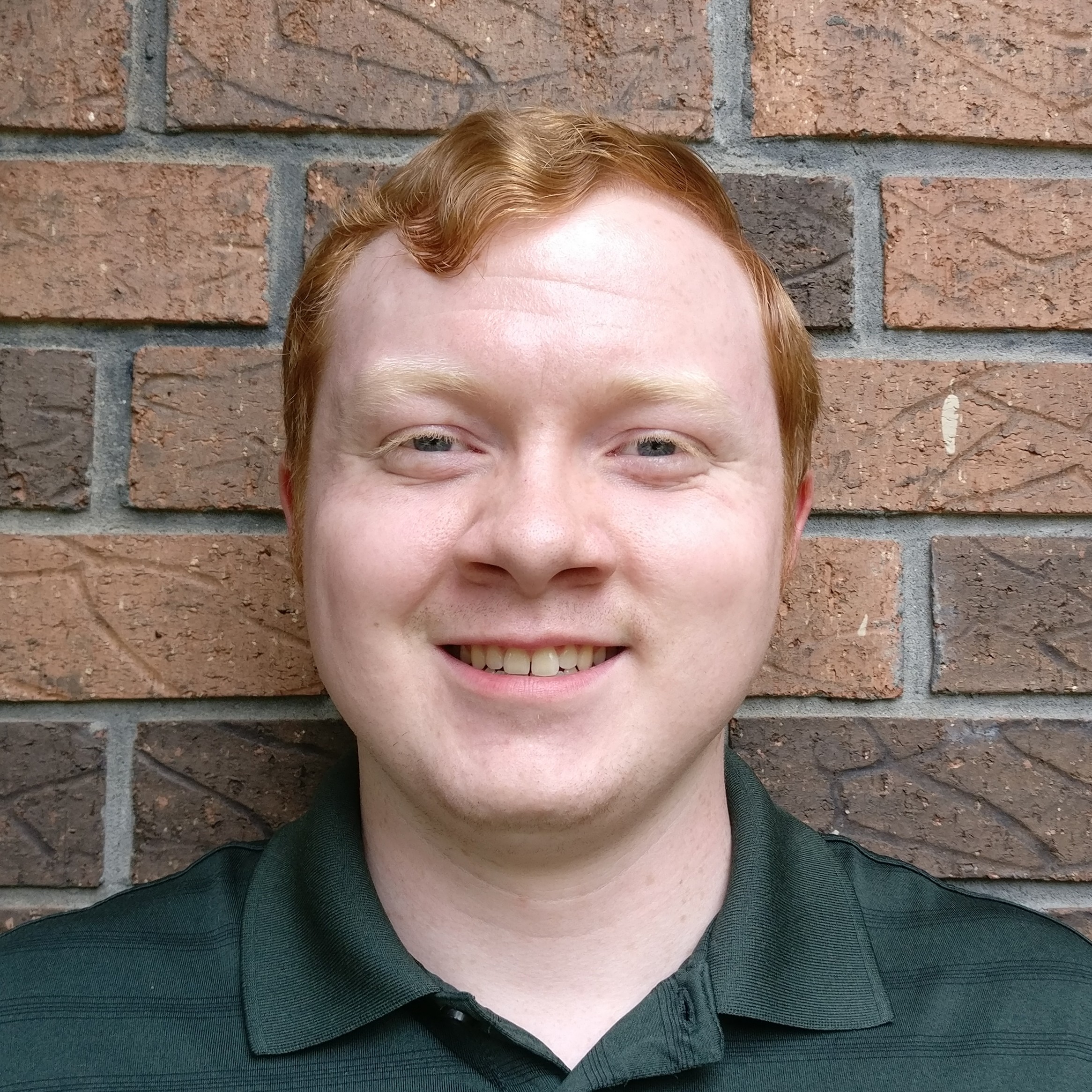 My name is Luke Mason. I’m a Christian and a sinner saved only by God’s grace. I will fight for true devotion to Christ in this crooked generation, and I desire to make Psalm 71:17-18 true in my life.